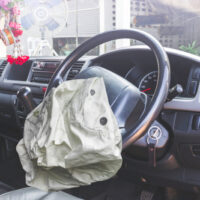 Tiger Woods is being hit with a wrongful death lawsuit after the family of a former employee claims that his restaurant served him alcohol and allowed him to drive home. The man, Nicholas Immesberger, ended up crashing his car in a one-car accident and dying from the injuries.

Florida has some of the most relaxed “dram shop” and “social host” liability laws in the country. In the vast majority of cases, bars and social hosts cannot be held liable in the event that a person injures themselves or someone else after drinking at their home or establishment. However, there are two exceptions to this immunity. The first involves an individual who the establishment or host knew was under the age of 21 and the second involves an individual who the individual or bartender knew had a problem with alcohol or was an alcoholic.

What Did the Employees Know?

In order to make the case against Woods’ restaurant, the family will need to establish what the employees who served him the alcohol did or did not know. A second part of the problem will come from distinguishing between an “alcohol problem” and a “heavy drinker”. The defense will attempt to blur the line between a heavy drinker and an alcoholic.

However, the plaintiffs will be able to turn around and make the case that the mere fact that the Immesberger was getting drunk and driving home showed that there was a serious problem and that he was, in fact, endangering his own welfare and that of others. Immesberger was found with a blood alcohol concentration of .256 which is more than three times the legal limit of .08.

According to the plaintiff’s attorney, someone at Woods’ establishment deleted video surveillance of Immesberger drinking at the bar shortly before the fatal accident claimed his life. Even if this is the case, it may not be enough to prove that the restaurant willfully destroyed the evidence. This depends on whether or not Immesberger used a credit card to pay for the numerous drinks that raised his BAC to .256. On the other hand, it doesn’t look good either.

However, this case still boils down to what the employees of Woods’ restaurant knew. In order to bring the lawsuit against Woods, the plaintiffs must allege that the employees were aware that Immesberger had a drinking “problem”. The plaintiffs also allege that there was a culture of drinking at the bar which was fueled by both Woods and Erica Hermann, Woods’ girlfriend and co-owner. However, that fact can work against the plaintiffs as well. If heavy drinking was commonplace at the bar then it becomes much more difficult to make the distinction between heavy drinking and a drinking “problem”.

The case is complicated and it’s one to watch out for in the coming months.

If you’ve been the victim of someone else’s malice or negligence, you can recover damages for your injuries, lost time from work, and pain and suffering. Contact the Miami personal injury attorneys at the office of Alan Goldfarb, P.A. for a free consultation.

By Alan Goldfarb, P.A. | Posted on June 3, 2019
« Monsanto Hit with $2B After Couple Gets Cancer from Roundup
Florida Doctor Indicted On Charges Related to Surgical Mesh Lawsuit »