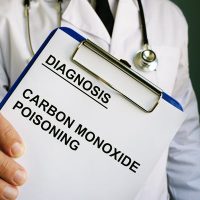 Two TSA workers who suffered permanent brain damage related to a carbon monoxide leak won millions in a suit against the airport for which they worked. While you cannot sue your employer in personal injury lawsuits, the TSA workers were not employees of the airport. They are employees of the federal government who work as security for U.S. government interests. Since they are not employed by the airport, the exclusivity rule associated with workers’ compensation does not apply.

Both workers suffered severe deficits to their cognition as a result of their exposure to carbon monoxide. Both have difficulty speaking and have severe memory and executive functioning deficits. The workers were awarded $46 million between the two of them (with interest). An attorney representing the plaintiffs said after the trial concluded that both of his clients would prefer to have their health back than to have $23 million in compensation. By and large, you will find that sentiment to be universally true in cases that go into 8 figures. The individual generally cannot live a normal life after a verdict of that size.

In addition to the settlement totals awarded to each of the individuals who were injured in the incident, the plaintiff’s wife was also able to recover more than $4 million for her losses. Those losses included a loss of companionship, consortium, and society. Spouses and children are awarded these damages similar to wrongful death lawsuits when a spouse or parent is left incapacitated or so severely reduced by an injury that they can no longer be said to be the same person. Such suits are common in brain damage cases where an individual can no longer remain gainfully employed and may have limitations as to what kind of support they can provide their family. In most of these cases, the family is placed in the position of getting in-house nursing or placing the individual into a treatment facility where they can get 24-care. Ultimately, the money won at trial goes to funding their care, repaying wages they would have earned had the injury never occurred, and the considerable loss of quality of life for both the plaintiff and their family.

If you’ve been injured due to the negligence of a property owner, call the Miami personal injury attorneys at the office of Alan Goldfarb, P.A. today. We provide aggressive representation to injured parties in personal injury lawsuits against negligent defendants. We can help you recover damages related to your injuries, lost wages, and reduced quality of life. Call today to learn more.