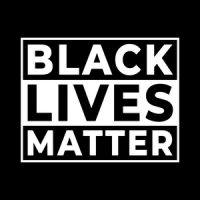 The cycle goes something like this. Law enforcement injures or kills someone by going way beyond what is necessary to subdue them, protests and riots ensue requiring police officers to keep crowds under control, police officers use less-than-lethal rounds to subdue the crowd, and someone is injured, maimed, or killed by these rounds. Individuals who were the target of the less-than-lethal rounds file a lawsuit against the city and the city settles the lawsuit at taxpayer expense.

This cycle has been in effect dating all the way back to Rodney King. Years ago, police would use rubber bullets, tear gas, and other non-lethal weaponry. Today, police have bean-bag and sponge rounds to use on protesters.

Black Lives Matter has filed a lawsuit against Los Angeles police alleging the use of bean-bag and sponge rounds led to several unnecessary injuries. Further, BLM claims that training in these weapons by the police force was “absent, seriously deficient, or intentionally indifferent” when it comes to the harm these weapons can cause. BLM sued to get an emergency injunction imposed on the LAPD from using these types of rounds on protesters.

The Biggest Weapon is Still the Video Camera

Earlier this year, an officer was overheard on video saying, “Did you see me F those mother-Fers up?” He said this after firing a rubber bullet into a protester. In this case, it was the police officer’s own body cam that caught what he’d said. The incident was recorded in a tweet by ABC news.

The majority of injuries sustained from less-than-lethal rounds are serious bruises and contusions. While this may not sound so bad, images on social media show the full extent of the damage they can cause. In cases where the less-than-lethal round strikes the head of a victim, they can still be fatal. They can also cause blindness, paralysis, and a host of other complications.

In a UK study done in 2017, a review of 1,984 people shot with “kinetic impact projectiles” (KIPs) showed that 3% died as a result of their use while 15% sustained some form of permanent injury.

Not All Less-Than-Lethal Rounds are Alike

If you’ve been injured due to someone else’s negligence, call the Miami personal injury attorneys at the office of Alan Goldfarb, P.A. today for a free consultation and discuss the matter in greater detail.