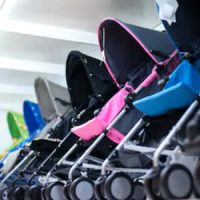 A couple has filed a lawsuit against a stroller company after they claim the stroller led to the asphyxiation death of their 1-year-old girl, according to a recent article. The parents claim that the girl died after her neck got caught between the armrest and the canopy of the stroller. The parents became aware of the situation, freed the child from the stroller, and then immediately rushed her to the emergency room. The child was placed on life support and eventually died due to asphyxiation injuries.

The parents accuse the stroller company of failing to adequately test their design, failing to correct a foreseeable danger, and for violations of safety standards set forth by the U.S. Consumer Product Safety Commission.

According to the stroller’s website, the company advertises its comfort and safety and advises parents that they can “rest assured” that their baby will be “strolling in safety”. The company has denied that the design of their product is responsible for the death of the child.

Other lawsuits against the same company

There are two other lawsuits that have been filed against the same company over alleged defects in their child safety products. The company is facing one lawsuit that they misrepresented the maximum weight of their child safety seats, but that is not related to an injury. A second lawsuit alleges that a child died in a car seat after he choked on the car seat’s restraining system. The baby suffered catastrophic brain damage from the loss of oxygen. This case is still in litigation.

Do the parents have a strong case?

Yes. Under the rules of product liability, the parents do not need to prove that the company was negligent. Only that they used the product in a way that could have been readily anticipated by the company that produced it, and in so doing, suffered an injury as a result. The company is liable regardless of whether or not they did their due diligence in testing or met the requirements of the U.S. Consumer Product Safety Commission. The company’s strongest defense is to establish that the customer altered the product in some way that made it more dangerous than it should have been when manufactured. Often, companies will simply say that their product is not responsible for the death or injury which is what the company has elected to do here. Nonetheless, saying you’re not responsible for something is not a real defense. The law decides whether you’re responsible or not. So, the parents do have a strong case. The baby’s neck got caught in a pinch point and died as a result. The parents need only establish the truth of that to win their lawsuit.

If you have been injured due to a defective product, the Miami product liability lawyers at the office of Alan Goldfarb, P.A. can help you file suit and recover damages related to your injuries. Call today to schedule a free consultation and learn more about how we can help.